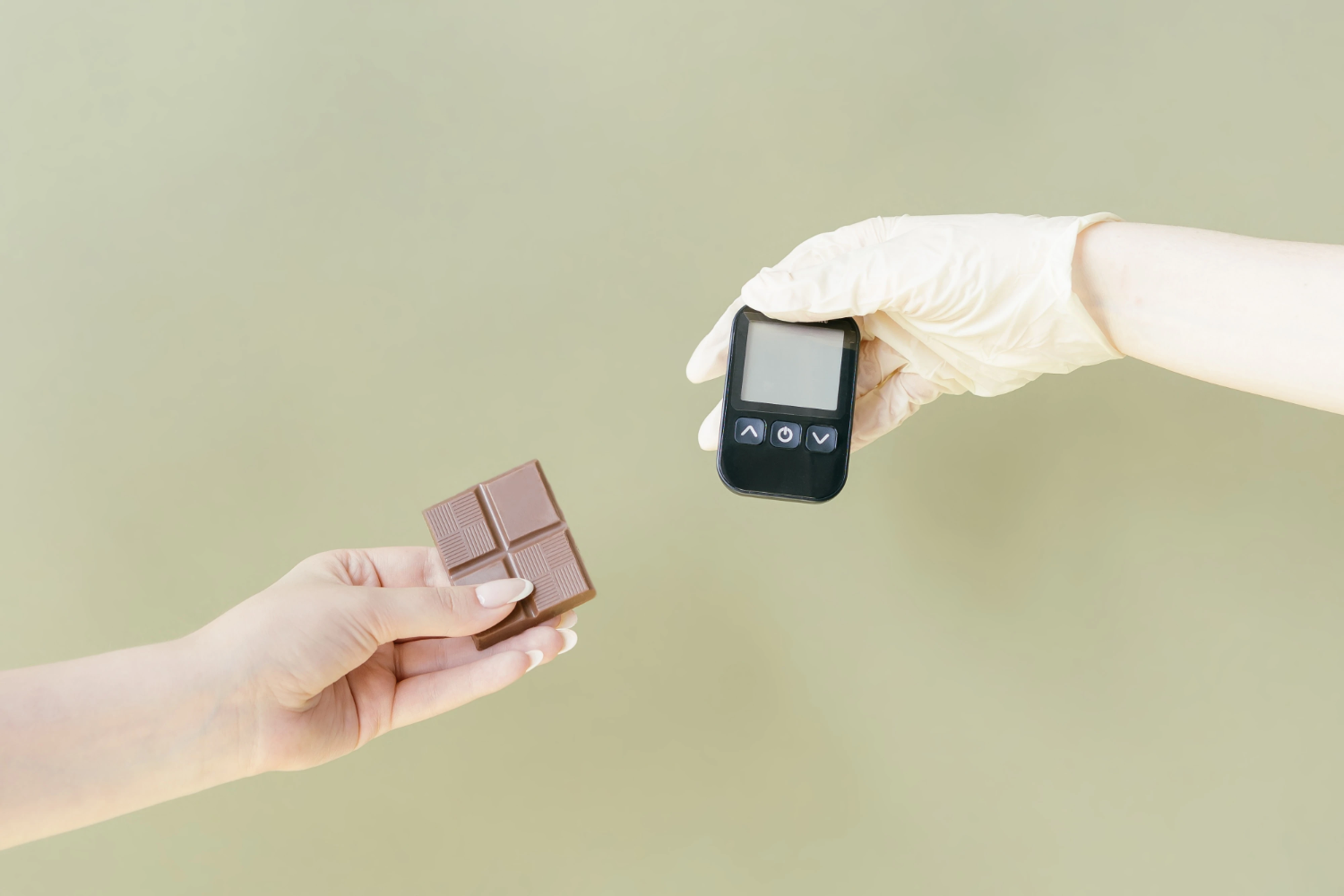 Insulin is a hormone released by the pancreas to control blood sugar. Its role is to remove excess sugar from the blood and transport it into the cells, muscles, and critical organs such as the liver. It is an essential hormone, as long-term blood sugar imbalances can lead to chronic disease.

Genetics, but more so lifestyle factors such as diet, stress, and exercise, can impact how sensitive our cells are to the uptake of insulin. These lifestyle factors can impair how effective insulin is. For example, if we continually spike our blood sugar, the pancreas constantly needs to release insulin. Over time, insulin’s efficacy in transporting glucose into our cells and organs will diminish. Think of it like the parent who raises their voice to get their kids' attention. If the parent is constantly shouting, the parent will need to keep getting louder and louder to command attention until the point comes when the kids tune out and stop listening! It’s the same deal with insulin.

When insulin receptors become less receptive to insulin because of the constant insulin production, insulin loses its effectiveness in maintaining stable and healthy blood sugar levels. This is insulin resistance.

High and consistent insulin production means that our cells and organs are constantly being supplied with glucose (energy), which in absence of high expenditures of energy, like heavy exercise, is going to be stored as fat. This is where the theory of “calories in equals calories out” breaks down.

Insulin resistance is typically associated with pre-diabetes, with one in three adults diagnosed in the US today. If left unchecked, many of those go on to develop type 2 diabetes. Insulin resistance is also a precursor to a host of other metabolic diseases and chronic conditions.

Summary: insulin resistance is the proverbial “canary in the coal mine,” indicating that cells are no longer responding optimally. If left unaddressed, this can lead to the development of chronic disease(s). Lifestyle changes, such as sticking to a diet of real foods with no added sugars, can reverse insulin resistance and restore metabolic health. Increasing levels of exercise, especially focusing on muscle strength, is also effective at restoring metabolic health and reversing insulin resistance.